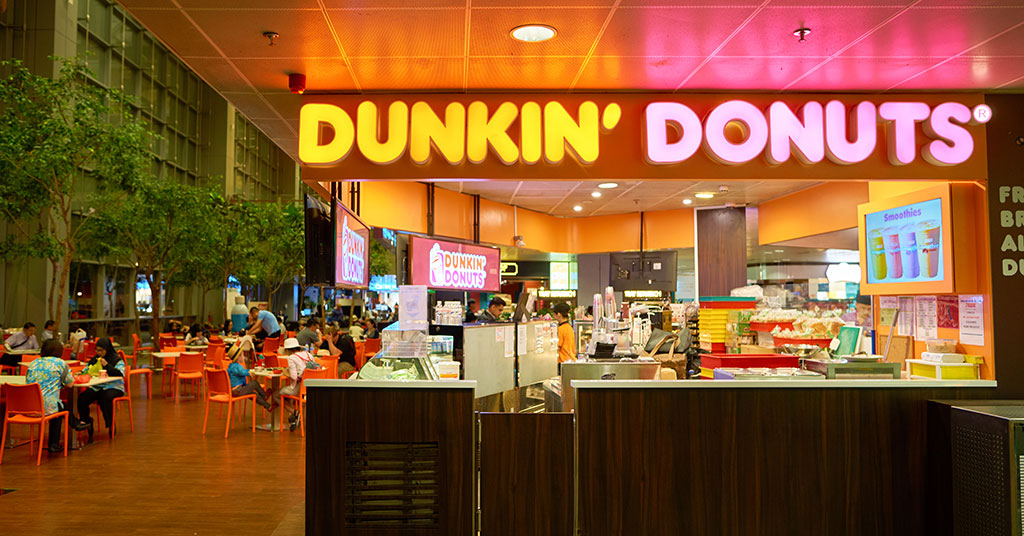 Americans love grabbing a cup of coffee or a donut when they are in a hurry, on the go, or traveling. No disputing that Americans love convenience. And the Dunkin’ Donuts brand and its franchisees have been quick to note changing marketplace demands and respond. In fact, in 2017 alone, the brand’s franchisees opened more than 86 new non-traditional locations.

“Non-traditional restaurants continue to be an integral piece of what truly keeps America running on Dunkin,’ by consistently introducing and providing our level of convenience and service to the on-the-go customer in markets nationwide,” said Chris Burr, director of non-traditional development, Dunkin’ Brands.  “We’re excited about the strong growth of the non-traditional sector in 2017, from being able to provide our signature cup of coffee at Kauffman Stadium in Kansas City, to offering our selection of baked goods to the students on the University of Hawaii campus, we’re eager to see where 2018 will take us.”

Here are some of the notable non-traditional locations that Dunkin’ Donuts franchisees opened in 2017:

“Dunkin' Donuts attributes much of its growth in this segment to our ability to blend opportunities in these unique venues across both our excellent traditional franchisee population as well as by working with nationally recognized non-traditional foodservice operators,” added Burr.