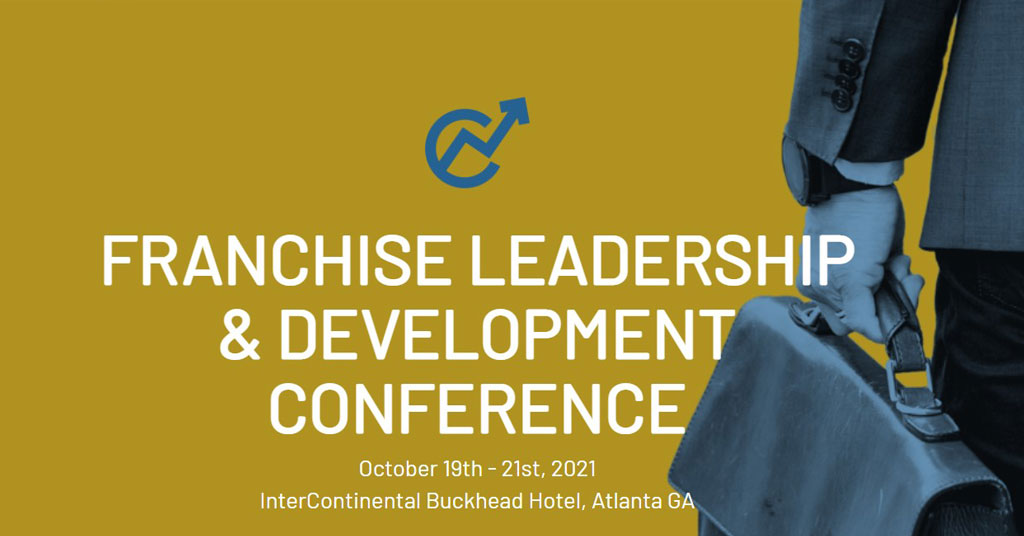 “More than ever, we recognize the importance of our franchise community convening together. Strategically evaluating our events strategy and identifying partnerships can better serve the franchising community, while focusing IFA’s staff and volunteer on our major conferences such as the Annual Convention,” said Matt Haller, President, & CEO of IFA. “For us, partnering with Franchise Update Media on the 2021 Franchise Leadership & Development Conference is the best way we can help franchisor development execs and suppliers focus their time and budget on one outstanding event this fall.” Haller adds, “We’re excited to extend our long-term relationship with Franchise Update Media with the 2021 Franchise Leadership & Development Conference as part of our overall strategy to forge alliances with leading organizations in franchising.”

“We are so thrilled about the opportunity to bring the resources of the IFA to the 2021 Franchise Leadership & Development Conference,” said Therese Thilgen, CEO and Co-Founder of Franchise Update Media. “We can’t wait to bring franchise development executives back together at this critical time of recovery. The support and content that the IFA will be adding will help us take FLDC to the next level, making it a truly must-attend conference for everyone leading franchise brand growth.”

The Franchise Leadership & Development Conference will run from October 19th to the 21st 2021 at the InterContinental Buckhead Hotel in Atlanta, GA. Full agenda, registration and sponsorship information at www.franchisedevelopmentconference.com.

Produced by Franchise Update Media, the Franchise Leadership & Development Conference is an annual education and networking event for franchise CEO’s, CDO’s and other development executives. In its 21st year, FLDC provides keynote speakers, expert panels, collaboration workshops and an exhibit center created for franchise leaders driving growth. As Title Sponsor, the IFA’s CEO and President Matt Haller will be leading a session panel with franchisor leaders at the Franchise CEO Summit providing updates on the latest government and regulatory challenges facing franchising. Members of IFA staff will also be onsite during the event to share resources for franchisor and supplier members.

Celebrating 60 years of excellence, education, and advocacy, the International Franchise Association is the world's oldest and largest organization representing franchising worldwide. IFA works through its government relations and public policy, media relations, and educational programs to protect, enhance and promote franchising and the more than 733,000 franchise establishments that support nearly 7.6 million direct jobs, $674.3 billion of economic output for the U.S. economy, and 2.5 percent of the Gross Domestic Product (GDP). IFA members include franchise companies in over 300 different business format categories, individual franchisees, and companies that support the industry in marketing, law, technology, and business development.

3 Tips To Improve Franchisee Relationships in 2022
It May Be Time To Consider A CXO (Chief Experience Officer)
Sponsored
Hungry Howie's - The Best Kept Secret in Pizza
5 Ways Leaders Can Use Empathy To Increase Employee Job Satisfaction
Learn. Lead. Grow. The 2021 FLDC was a cause for celebration!
IFA Works To Transform Itself To Ensure the Future of Franchising

Angelsmith is an award-winning digital advertising agency. Based in Hollywood, CA, we’re a rather unusual combination of beauty and brawn.
Learn More