Space Is the Place: Breaking Ground is Hard to Do in 2017
Company Added
Company Removed
Apply to Request List
0

Space Is the Place: Breaking Ground is Hard to Do in 2017 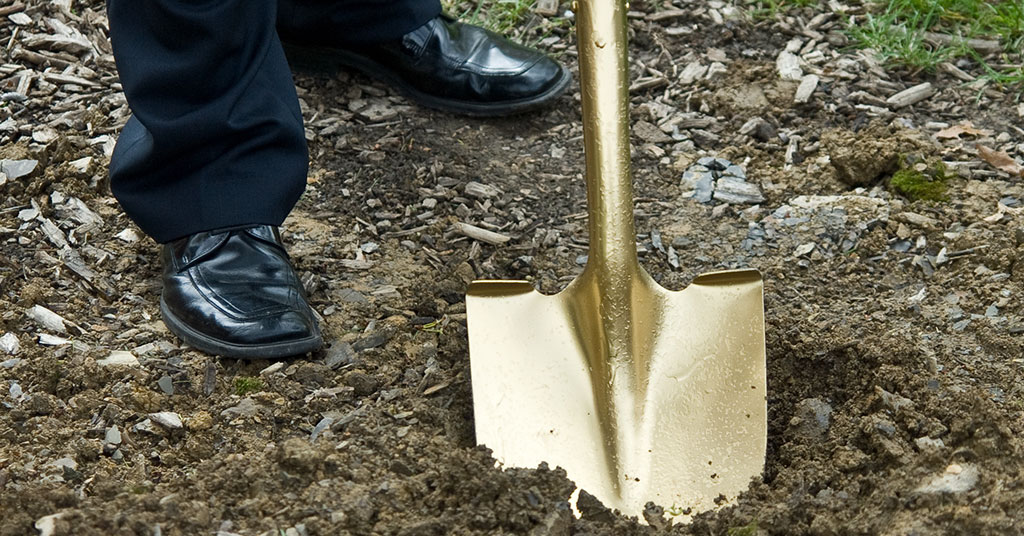 “Real estate development is one of the hardest things for a franchise,” says Philip Schram, chief development officer and chair of Buffalo Wings & Rings. Since buying the brand in 2005 with Nader Masadeh and Haytham David, he has helped rejuvenate and rebuild it to 70 locations today. However, changes in the real estate market, construction industry, and lending policies are slowing him from his goal of adding 75 new locations in the next 5 years.

“In 2009, when the economy collapsed, a lot of people left construction,” says Schram. The result was a shortage of qualified contractors and construction workers. As the downturn continued, nobody wanted to be a tenant, he says, and “We developed an excess of real estate.” For those willing to sign a lease, it was a buyer’s paradise.

But when the economy began to recover and development activity increased, that labor shortage persisted, even worsened, as many contractors had exited the business. Of those who remained, he says, “builders can only go at a certain speed.”

Nearly a decade later, fallout from the subprime mortgage crisis also persists, resulting in a real estate and lending market nowhere near as friendly as it had been before the Great Recession.

“Before that,” says Schram, “there was much more trust that the money would go to the right person and the job would be done. Now there is less trust and more underwriting, and that takes time. There are new guidelines banks must follow that are more stringent than they were in 2009.”

Robert Thatcher, director of franchise and real estate development for Ben’s Soft Pretzels, agrees. “The days of 110 percent financing are long gone,” he says. “It takes real equity now.” Thatcher says he’s also seeing today’s higher costs for the most desirable real estate driving an expansion out of core markets into secondary and tertiary markets, where land and rents are more affordable.

The economic recovery that followed the recession also altered the attitude of municipalities toward development. “When things were slow, cities were begging developers to come in,” says Schram. “Now they are in a stronger position and are becoming more demanding—and that affects how long it takes to develop a location.”

The economy’s improving health has stimulated development, but the law of supply and demand still holds. This has shifted the balance of power, says Dan Burrell, a franchisee and area developer/director with Jersey Mike’s Subs. “As more competition in a growing economy fights for space, we are back in a landlord’s market,” he says. “That reduces tenant improvement terms and other tenant incentives and makes it difficult for single-unit franchisees to compete.”

Burrell anticipates additional changes as the real estate market continues to tighten. “I expect landlords to not even offer exclusives, which help protect investments by franchisees. If franchisees want to get in the game, expect slim margins because rent increases continue to require more risk.”

The price of any land is rising, with competition keenest for prime space in high-traffic, high-visibility corridors—especially for brands with similar footprints and customer demographics, says Schram.

Says Thatcher, “The reality is we have fewer sites that are demographically feasible for new development. Many markets have been overbuilt and we’re seeing a trend toward urbanism. Cities want higher and better land use.”

A change few predicted when the dot-com boom began disrupting traditional retail is also affecting the real estate market. Although online sales made shopping from home easier and weakened many retailers, some online businesses are now establishing physical sales outlets, adding to the competition for the best locations. On the other side, many traditional brick-and-mortar stores pressured into adopting digital sales channels are converting some of their real estate into warehouses and distribution centers for their online sales. “All the lines are blurring and coming together, driving the demand and absorption of gross leasable space,” says Thatcher.

Mall operators also felt the pinch of the recession and e-commerce, but they are evolving and adapting too. “There has been a shift toward outdoor malls and power centers,” says Chris Naylon, net lease advisor for the Sands Investment Group in Sherman Oaks, Calif. He sees the changing tenant and customer mix at malls as an opportunity for franchise brands seeking space, especially those that serve food.

“Customers are looking for an experience beyond just shopping,” he says. “I believe restaurants will play a large role in revitalizing tired malls. They play an important part in adding to the overall shopping experience and attracting additional prospective shoppers.”

While you can expect new rules and regulations to cause delays with permitting, sometimes the delays stem from a different cause: smaller towns often have only one or two planners on staff, who become overloaded by increased demands from developers. If a region becomes attractive for franchises and other developers, its larger cities might have an adequate number of planners on hand to handle the influx, but the smaller towns around it most likely don’t.

“The Orlando DMA in particular is loaded with towns that are simply overwhelmed with requests for new development approvals,” says Ray Lauletti, vice president of real estate for Arby’s Restaurant Group. And, he says, “As local governments shift more of the work to outside consultants and independent contractors, the store planning process has become even more unpredictable.”

Further, as more municipalities feel overwhelmed by commercial development, many are attempting to control it by imposing limits on certain types of businesses, adding another level of competition for the top sites. “Towns like Kissimmee in Florida and Franklin in the Nashville DMA have limited the number of locations they will allow QSRs with drive-thru locations,” says Lauletti. “In addition to increasing time to gain approval, those municipal limitations on site supply drive up the price of suitable sites where drive-thrus are allowed.”

What can you do?

Franchise real estate and site selection pros who have dealt with the ups and downs of several economic cycles have learned ways to smooth the path to opening new locations, no matter what the external conditions. As the environment continues to shift around them, their ideas, detailed below, are yet another reminder of the need to continually adapt, and adjust development plans and schedules to fit a changing marketplace.

Says Naylon, “Understanding the fundamentals of real estate and the advantages of a particular location becomes increasingly important, even more so in core markets versus secondary or tertiary markets. Poor site selection will lead to poor sales performance in a market where margins are becoming tighter and tighter.”

For smaller franchisees or those with minimal experience in real estate and development, it is even more vital in today’s competitive market to take advantage of firms with strong local connections, and remain focused on running a successful franchise business.

“The smart thing we did in 2010 was not to let go of anybody in the company,” says Schram. “We looked at what was working and what was not. We did some rebranding. We worked on training. All of that gave us a better product and a better company. Some people were tempted to shrink their business. That sends a very bad vibe to your staff.”

For Ben’s Soft Pretzels, that means “tinkering and rolling out new product offerings, even on a short-term basis,” says Thatcher. “Providing seasonal offerings is hugely important for all retailers. It keeps things fresh.” Eleven gourmet dips and sauces support Thatcher’s goal of rolling out new options for his customers.

Schram is also seeing the value of adapting, especially for foodservice brands. “More and more people, especially Millennials, are picking up food and eating it at home,” he says. “Franchisees may press for smaller spaces, but we’ve concluded we needed to maintain our size and we’re using some of that space for grab-and-go. People need to think about your brand as now having that option.”

Arby’s is also concentrating on converting existing structures instead of developing raw land. “We have a variety of such projects in our pipeline” says Lauletti. “We’re converting a Pizza Hut in North Canton, Ohio, a former Bojangles’ in Greensboro, North Carolina, and a former Hardee’s in Jacksonville, Florida.” The reason, he says, is simple. “Although many vacant buildings require significant upgrades and come close to the cost of new builds, speed to market is quicker and produces quicker cash flows from operations.”

The 2017 Multi-Unit 50: Ranking the Most Multi-Friendly Brands
Growing in Tough Times: 2017 Multi-Unit Franchising Conference Shows How
Sponsored
Unity Rd. Shop Owners Light Up South Dakota Cannabis Market
Yes, Franchising Is for the Young!
Site Selection: Other Factors To Consider
Do Your Managers and Employees Love Their Jobs?