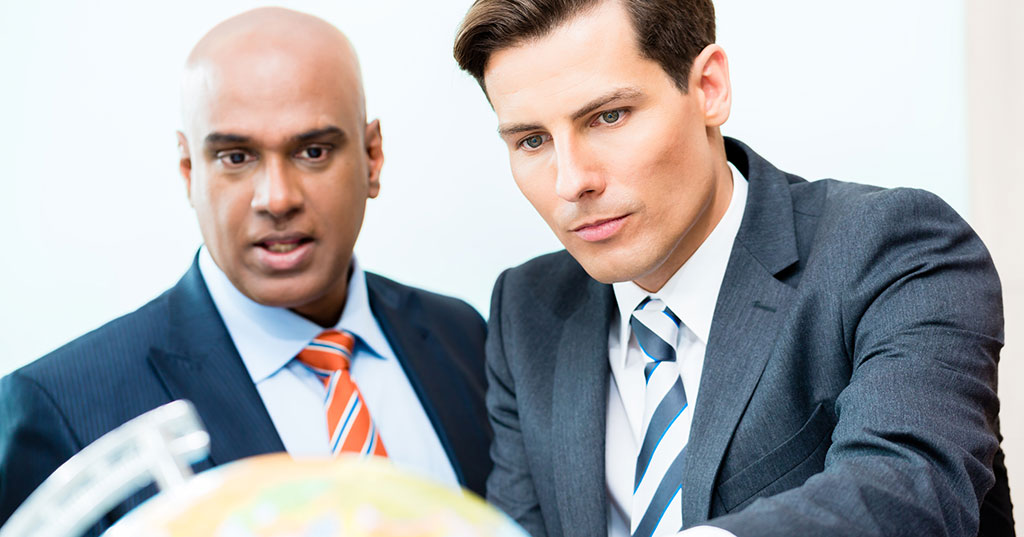 As the U.S. economy staggered during the Great Recssion, many U.S.-based franchisors began to search for growth opportunities overseas, casting a serious eye on international expansion. And from overseas, foreign-based franchisors saw depressed U.S. real estate prices and increased availability of prime locations as an opportunity to penetrate the U.S. market and establish a beachhead with American consumers.

Inside the U.S., with consumers reducing their spending and a shortage of capital available to start-up franchisees, opportunities for brand growth were hard to come by during this period. For example, in 2009, the total number of U.S. restaurants fell by 0.3 percent and customer traffic dropped 3 percent, according to consumer market research firm NPD.

That's part of the motivation for U.S. franchisors look overseas. Another is that profits from overseas operations have been growing faster than what has been happening in U.S. markets, based on unit growth as well as favorable exchange rates.

Internationally, the general trend toward globalization has also played a role in fueling overseas franchise growth in both directions. With the ever-increasing reach of the Internet and the growth in international travel, not only have U.S. brands become more commonly known and desired by consumers, but the franchise business model that originated in the U.S. has become more widely understood and acceptable as a vehicle for business success in other countries.

However, despite the opportunities, operating a franchise overseas also comes with a unique set of obstacles. These include not only different laws, languages, and cultural differences in how business is conducted, but also different tastes, dietary restrictions, and quality and supply chain problems. For franchisors and franchisees, that means food brands, for example, must balance their traditional menu offerings with local tastes and dietary restrictions in countries where pork is forbidden for religious reasons; and for all brands, hiring women in countries where that is frowned upon.

For franchisors and franchisees alike, this often means finding a local partner who can help translate the concept and the brand (as well as the language) into a format that is both acceptable and profitable. The most successful approach has been to partner with a local business owner with a strong track record, preferably in the same industry as the brand. The most common form of agreement is to license the country or a large city to such a partner in the form of a master or sub-franchisor agreement, with the franchisor delegating the signing, training, and most other responsibilities to the overseas partner.

For individuals, adapting to a new country often is fraught with difficulties, both expected and unexpected. While the challenges facing a new franchisee are considerable enough in their home country, doing so overseas adds a new level of complexity. Still, for the more adventurous, a stint overseas as a franchisee removes one big problem: they have a business and a system to follow as they adjust themselves (and their families, in many cases) to a new country. If you speak another language, that's helpful, although there are plenty of franchising opportunities in English-speaking countries such as Canada, the United Kingdom, Australia, and South Africa, as well as in Western Europe and emerging markets in Asia.

China, especially, has been a gold mine for U.S. brands, especially well-known restaurant brands seeking to cash in on the growing prosperity and buying power of China's growing middle class, and its desire to consume "Western" products, from automobiles to cheeseburgers, tacos, pizza, and fried chicken. In recent years, major U.S. brands have been racing to expand in China, as well as into other Asian nations. Hot spots in recent years also include India and the Middle East, with many U.S. brands establishing a presence in the United Arab Emirates (notably in Dubai), and Saudi Arabia, among other countries in the region.

Perkins Restaurant & Bakery
The opportunity to grab a slice of the pie and partner with Perkins Restaurant & Bakery, a tried and true concept, is ready for the taking for...
SweatHouz
SweatHouz is on a mission to bring the full range of health benefits from infrared saunas, cold plunge tubs, and more to communities all over the...
Buddy's Home Furnishings
Buddy’s Home Furnishings is one of the fastest growing rent-to-own franchises in America with a 60+ year legacy of proven success.
Twin Peaks
At Twin Peaks, expect to enjoy scratch-made food, sports on TVs from every angle, frosty 29° beers, and the fun and friendly Twin Peaks Girls....
Vitality Bowls
Vitality Bowls specializes in acai bowls, smoothies, juices, salads, grain bowls, wraps, toast & panini, made with unique superfoods like pitaya,...