Military Training: Franchising is a natural transition for many veterans 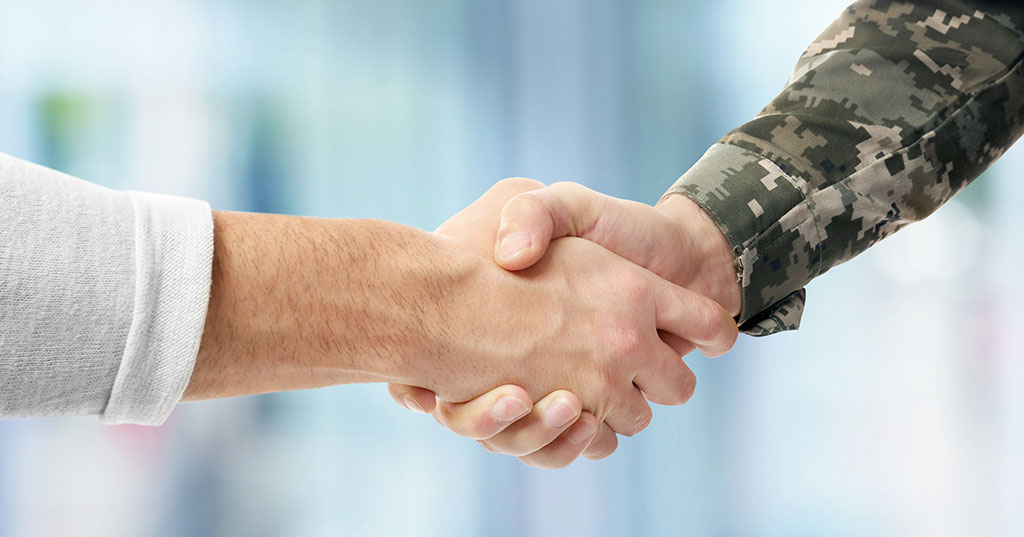 In many ways, the military is one of the best franchise systems in the world. Men and women sign on, commit to being dedicated to a common cause, receive standardized training, and work within an established and proven system that gets results. So it's really no surprise that military training not only prepares soldiers for battle, but often for a life in the franchise business after they've served their country.

More than 1 million veterans will be transitioning out of active duty in the next few years and most say that finding employment is a big challenge. Franchising can be a great transition. According to the IFA, 1 out of every 7 franchises is veteran-owned. More than 238,000 veterans and their spouses have found jobs in franchising in the past five years alone.

The U.S. military helps former soldiers make career transition decisions, and other programs such as the IFA's VetFran and organizations like RecruitMilitary are also honed in on marketing to and recruiting veterans into the franchise business community.

Many franchisors are even taking their own initiative when it comes to identifying and signing up military veterans. "Military people have been exposed to systems, training, and teamwork, and that translates into small business ownership in the civilian world," says Tom Hofer, Vietnam veteran and chairman of Spring-Green Lawn Care. Hofer has been pleased with the veterans who have joined Spring-Green and says that system-wide franchisee performers at Spring-Green have consistently been veterans.

In addition to understanding how systems work, veterans are also characterized by a discipline, work ethic, and a willingness to "do whatever it takes" to get things done. These are all skills that come in handy when operating a franchise.

So it's no wonder franchisors are turning to veteran-focused recruiting efforts. Today, honorably discharged vets can expect to find dozens and dozens of franchisors offering them discounts and credits on everything from franchise fees and cost of equipment to reduced royalties and discounts with preferred vendors.

Here's a look at the most popular franchises among veterans:

Be sure to check out Franchising.com's directory of franchise opportunities https://www.franchising.com/veteran_benefits_franchises/ offering benefits for veterans for more franchises that participate in the VetFran program.

Next time we'll profile a military veteran who is now carving out his own niche in the franchise world.

Mr Jeff
Mr Jeff is an innovative laundry franchise model that has expanded to over 30 countries, by making technology the core of the business. Mr Jeff adds...
Wayback Burgers
With 500+ restaurants in development worldwide, Wayback Burgers is America's favorite hometown burger joint and one of the world's fastest-growing...
Urban Air Adventure Park
Own a highly profitable business that impacts lives in your community by jumping into action as an Urban Air franchisee owner.
Smoothie King
Blend opportunity with success and join the nation’s #1 health and fitness smoothie brand today!
RAKKAN Ramen
Founded in 2011 in Tokyo, RAKKAN Ramen specializes in authentic Japanese ramen made with a 100% plant-based broth. With a wide range of conventional...