One of the most anticipated events at each year's Leadership & Development Conference is the presentation of results from the Annual Lead Generation Survey. This year's survey gathered data on sales and recruitment practices from 126 franchisor participants representing more than 42,000 units (38,563 franchised and 3,528 company-owned). Participants consist of franchisors who have registered for the conference and fill out the survey forms. The responses are sorted out and analyzed to provide an in-depth view into the recruitment and development practices, budgets, and strategies of a wide cross-section of franchisors--and provide the basis of our Annual Franchise Development Report (AFDR).

On the whole, says Franchise Update Media Group Publisher Steve Olson, who presented the findings at the conference, there have been some noticeable improvements in performance by franchisors compared with last year. "This is the first time in the 13 years we've conducted the surveys that we've seen a greater number of franchisors implementing best practices in development," he says. "We're seeing more positive change in development practices in this survey than we have since we started this."

This growing improvement, says Olson, is franchisors responding to the economic environment, working with franchisee buyers and existing franchisees to continue to make growth happen--whether through incentives for potential buyers, or with franchisees to provide improved support and services to strengthen their validation. "Failure is not failing," says Olson. "Failing is not making changes to respond, reinvent, and reengineer."

Among all respondents, growth plans for 2011 target a total of 3,100 franchisees and 3,850 new units. That represents a reduction from plans for 2010, when respondents from 116 franchisors forecasted they would add 3,400 franchisees and 5,360 units. (However, a majority of franchisors did not hit their sales targets, so perhaps expectations from this year's respondents have been tempered by the realities of the past two years.) Despite franchisors planning on more conservative growth after the recent body blows landed by the economy, Olson says development is "taking baby steps" and he sees "a very positive moving forward" in 2011. "It's getting better but in increments. Recovery to previous years' numbers still will take a couple of years."

What follows is a high-level summary of just some of the in-depth findings that will appear in the 2011 AFDR. (To order a copy of the complete report, click here)

Pay-per-click (PPC) accounted for 11 percent of sales in this year's survey, up from 8 percent from 2009. Nevertheless, for both 2009 and 2010, PPC was judged by respondents to have the lowest return per budget expenditure. Interestingly, those who said they "Don't know" what their top Internet sales producers are rose to nearly one in four (24 percent), up from 16 percent last year.

The big buzz this year, says Olson, was around SEO and franchisors optimizing their own recruitment websites. "The increase in sales attributed to SEO shows more Internet dollars are going toward site optimization as a top generator of prospects in the online space," he says. "This really should be the case."

"This is still not a direct sales source, but it strengthens your brand awareness. We're not there yet, but we have to watch it closely as a recruitment tool," says Olson. "Most of the success we've seen is definitely on the retail side. Social media can contribute, but it's still not a direct recruiting vehicle yet, with the exception of a few concepts." The main point for franchisors, he says, is to continue to experiment with social media as a recruiting tool, but, he advises, "Don't throw a lot of money at it."

In analyzing these numbers, Olson says, measuring cost per lead is least important. "The key number is acquisition costs: How can you establish a development budget if you don't know what selling a franchise will cost you? Say you want 40 franchises this year and I give you $80,000 to do that. If your cost per deal is $5,000, you'll need $200,000--the $80,000 budget won't even keep your sales on life support!" The point, he says, is that franchisors must determine their cost per sale and budget accordingly.

Also, he notes, with sales/recruitment budgets going down and franchisors spending a median of $3,000 more per sale, there could be problems down the road for franchise recruitment efforts.

One way franchisors continue trying to boost sales, he says, is by reducing expenses on franchisee startup costs. "Everyone is talking about lifetime royalty stream to justify the lower up-front costs."

Finally, he says, in a time of tight budgets and a declining, more cautious pool of applicants, it is more critical than ever to measure your marketing ROI. "You will save thousands of dollars per year by determining where your best sales sources are. Too many companies unfortunately continue to base their advertising buys on cost per lead."

"Success isn't based on providing a fee, but in creating a referral program--and a system to let franchisees know about it," says Olson. Components of such a program could include a newsletter, noting how many franchisees have come aboard, recognition at the company's conference for franchisees or employees who have provided referrals, and putting together a year-round awareness campaign to boost greater activity. While franchisors often get a flurry of early leads when a referral program is introduced, the most important component of success is to promote it on an ongoing basis, he says.

"The majority of people don't know how to buy a franchise. We have to give them start points they're going to follow on our websites to draw them through the sales process," says Olson. Up until 2009, he says, franchisors just didn't do that. "Now that there's a systematic process leading them through the website, it works for both sides; they're engaged in a logical process." The use of a navigational starting point on franchisor websites was up to 28 percent this year, compared with just 6 percent in 2009. If you create a path and provide an order for navigation from lead to finish to draw prospects through that, says Olson, sales are bound to improve.

The 2011 Annual Franchise Development Report (AFDR) delivers data from 126 franchisors with more than 42,000 units organized by industry, unit investment, system-wide sales, and more. Each year, the AFDR provides franchisors with the perfect tool for digging deeper into their own development practices, for benchmarking their sales and recruitment budgets against their own industry categories, and for setting goals and budgets for the coming year. The report also includes research into online recruitment practices.

The 2011 AFDR is packed with timely information and benchmarking data that can help your franchise system grow faster and close more deals--while saving thousands in cost per sale. Based on in-depth interviews with 126 franchise organizations actively expanding their franchise systems, this thoroughly researched report reveals the franchise success drivers that are sure to boost the output of your sales department.

Packed with the most comprehensive sales and lead generation data in franchising, the 2011 AFDR is a must-buy selling tool for franchisors, development consultants, and advertising and marketing suppliers. The AFDR is ideal for benchmarking and building budgets and media plans. The complete report, with analysis and benchmarks, is available now for $399. For ordering information, call Sharon Wilkinson at 800-289-4232 x202 or sales@franchiseupdatemedia.com, or go to www.franchise-update.com/magazine/franchisedevelopmentreport/. 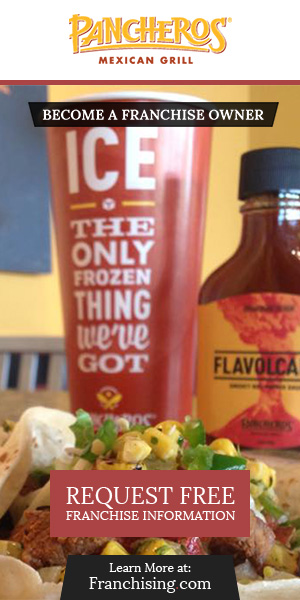 From lead generation to increasing sales, Hot Dish Advertising is the pro at getting your message in front of those who matter most--consumers...
Learn More
Share This Page